The Winning Poems (judge’s comments below)

It appeared overnight in Whetton’s farm,
in his second largest meadow, where he’d planned
to graze the lambs when better weather came.
He’d found a broken bicycle last June,
crooked as a bad fall, and once a fridge
still cold from the night with a single egg
left in the door like a prayer, but never
a picture window with diamond glass,
propped in grass to separate sky from sky.

They had to come and fetch him in that evening,
the day gone sitting by its panelled frame,
and through the weeks that followed
he was drawn in the way a tongue is drawn
to the hole where a tooth should be.
When they nagged him for it, he could only say
that there’d always been an inside
and an outside to that field, that for the first time
he could look through clear from one to the other.

This apparently simple narrative poem really packs a punch. In telling the story of a farmer who comes upon a window in one of his fields, a field moreover where misplaced domestic objects have the habit of turning up out of the blue, it handles its larger resonance with grace and ease. It concerns itself with the place of the extraordinary in the familiar, and in so doing, in allowing the natural world to be surprised by the evidence of human habitation, it reminds us of what an extraordinary object a poem itself can be, nestling inside quotidian and, all too often, debased language. Farmer Whetton finds a window, and through it we find a poem. There’s not a word too many, not a forced or overwrought sentiment. The fact of the window speaks for itself, and the clincher final lines that express the farmer’s puzzlement at a window where no window should be, reminds us of how unsettling and disorienting good poetry can be. The well-made poem asks us to see in several directions at once, over boundaries and gaps of time and place and sensibility, the publicly accessible and the intensely private. The good poem displaces and disrupts and does so with a light touch, so that we find ourselves almost unaccountably amazed, and barely able to say why. ‘Picture Window’ is a sly and delightful Ars Poetica: it has something to say about poetry, and it says it with understatement and delicious, foot-sure poise. It’s exactly the kind of poem you hope to find when you agree to judge a competition; the poem that knows what it’s doing, and does it quietly, ambitiously and very, very well.

Crossing over you panicked I’d drive us
under. I doubted myself, the clock,

the water. The sun was yellow and long.
I’d got us lost already, looking

for somewhere to stop. Now we wavered,
counting out-loud by a tide-table facing

the shifting horizon. I can’t say for certain
we left the island wholer. We put

our feet in the earth, climbed a bank
of long stiff grass. Photographed each other.

For half an hour we breathed in light
then chased inland, though the road was dry,

passing again the white wooden tower
that looked to us like war, but stands

to hold up life. Healing island.
We do not know what it means. They say

nobody knows what it means.

One line in particular clinched it for me: ‘I can’t say for certain / we left the island wholer’. As if we could. The bravura undercut immediately by doubt and hesitation is a striking combination. I found this kind of quizzical and fascinating duality throughout the poem: there is an I and a You, and the poem does not feel obliged to introduce them with any linear biographical fact – they just are. Their relationship, whatever it is, is contested and tricky: the You lacks faith, the I lacks self-belief. They are, you can’t help but suspect, going nowhere together. The Causeway of the title is a ploy: it suggests a way of getting from a momentarily inaccessible place to another more commonly experienced. That strikes me as a decent metaphor for how it is that human relations operate. There are moments where the remote becomes blindingly available, and others where the ordinary becomes fraught with perceived danger and doubt. Our small narratives, and this one in particular, are played out against an ‘epic sky’. We are only small fry, really. Our dramas are of very little account. And yet. I liked the poem because it recognises this inconsequentiality, but makes a poem of it anyhow. That seems to me a daring act, and a necessary one.

Sun the colour of vended tea
bounces from office glass
buffs itself on the pond, outlines
bark on a line of beech trees
straight as margins on a screen.

On the far side of the trees,
a towpath turns through grass fletched
by bike-tyre tracks. Brown birds
peck in reeds for insects
fooled by unseasonal warmth.

Plastic bottles and packets of crisps
nose-dive in reeds, a lone angler
wastes white maggots. I avoid others
from the office in case we have to
talk about television.

A grey invasion from a lowering sky,
The tower-block folds down lunch-breaks
like furled umbrellas at revolving doors.
The point is, there are long dark afternoons
in midwinter with too few days even as
half-decent as this. No-one here I can know.

Poems about places of work are a rare breed. It’s almost as if we agree that offices and colleagues are not as fit a subject for poetry as nature and lovers must be. I liked this poem because it doesn’t flinch from the commonplace of most of our lives; nor does it feel the need to extract a numinous resonance from it. It is, as the saying goes, what it is. The poem constructs a topography, and from that, insinuates a mood. It’s subtle, and it never loses sight of its realism, of its facts. This transaction is managed skilfully and adroitly, in lines that conduct themselves with poise, and the kind of concentrated detail that the literal demands, whilst also deploying language that has charge and energy. That ‘fletched’ is very fetching. But the cadence with its downward trajectory feels all too familiar, and the first line strikes the kind of corrective note a bassoon does in a symphony. It’s uncompromising and it’s earthy, but still, a definite sensibility comes into its own. Ground gets covered, and without diluting or squandering its essential and bare-knuckled realism, something significant and sensitive and alert gets said. And that is no mean feat in a poem this short.

This is a very agile poem that goes headlong at distinctions of geography, language and circumstance, and blurs them all into what is intimate and immediate, as Skype is wont to do. It’s strange and affecting, and as with all good poems, it doesn’t explain itself away, but instead, retains an element of essential mystery in its narrative and set-up. I like how it proposes a setting, a room, a family, an establishing shot as it were, and then undercuts the lot with a single word, ‘boast’, that doesn’t make a simple kind of sense, and yet seems apposite. It’s a beguiling poem, and its many strangenesses and swerves and fresh starts underscore the whole poem and hold it in good stead.

These five poems have one thing in common: they all took me by surprise. ‘Another Life’ is marvellously compact and precise, and yet evocative, opening out in ways that are impossible to anticipate. ‘The Name Experiment’ takes a big risk with its ‘unfinished’ ending, the kind of risk you can’t help but commend and want to steal. ‘Clocks’ covers a huge swathe of ground, emotional, narrative and imagistic, earthing them all in the single placename of the poem’s last phrase. Who could resist a poem with a title like, ‘I took Frank O’Hara to bed last night – I was tired of waiting for you’? In its cornucopic range and teeming detail, it holds its nerve with admirable style. ‘How Wolves Change Rivers’ is that rare thing, a poem of great beauty and arresting poise. I’m delighted to have encountered it, and intend to keep it near, as I will several of these poems, which I’ve had the honour to read.

This was an excellent and encouraging number and the overall standard was very pleasing. We were delighted to welcome Vona Groarke as our judge, and offer our thanks and appreciation for her enthusiasm, professionalism and attention to detail.

Entries were received from all over the UK: from Surrey to the Isle of Arran and all points between, a good number but by no means the majority came from the North of England. Due to the introduction of online entries this year we saw an upsurge in entries from overseas, with poets submitting from Ireland, Sri Lanka, USA, Canada, Australia, South Africa, Paris, Dublin and Greece, making our competition a truly international one.

All entries were clearly addressed and, without exception, appropriate payments included. Thank you to all our entrants for your help in this and for your interest in our Competition.

Thank you to everyone involved in the organisation, promotion and success of the second Poets and Players

Competition.Please look out for future announcements about the 2015 Competition. We look forward to the Poets and Players Competition growing in stature and popularity.

THE 2014 COMPETITION IS NOW CLOSED

We are pleased to announce the 2nd poetry competition run by Poets and Players, one of Manchester’s leading organisers of poetry and music events. Last year’s judge Jacob Polley had this to say about the 1st Poets and Players Competition: ‘This competition was scrupulously organised, and I loved the fact that the anonymity of the entries allowed each poem to speak for itself’.

OUR JUDGE FOR 2014 WILL BE VONA GROARKE 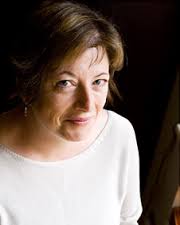 Vona Groarke has published five collections, most recently Spindrift (a PBS Recommendation, Autumn 2009). Her next, X, (also a PBS Recommendation) is due in early 2014 from Gallery Press. Her poems have recently appeared in Yale Review, Kenyon Review, The Guardian, Poetry Review and The New Yorker. She teaches poetry in the Centre for New Writing at the University of Manchester.

All poems will be judged anonymously. All entries will be read by Vona Groarke.

CHECKLIST:  Completed Application Form; poems on separate sheets (with no identifying information); cheque or postal order made payable to ‘Poets and Players’ (if submitting by post); Paypal reference (if submitting by email).

Entrants retain copyright of their poem, however we would hope to receive permission to make a video recording of the winners reading at the awards ceremony for our website, and to publish the winning poems on our website and/or in the John Rylands Library for one year after the competition.