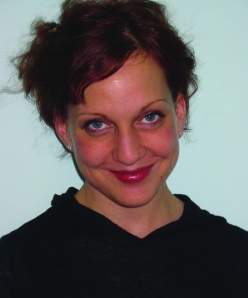 Tiffany Atkinson lives in Aberystwyth and lectures at Aberystwyth University. Her first collection, Kink and Particle (Seren, 2006) was a Poetry Book Society Recommendation and winner of the Jerwood Aldeburgh First Collection Award, and her second, Catulla et al will be published by Bloodaxe in October this year. Her work is also published widely in journals and anthologies and she gives workshops and readings across the UK and internationally.

Robbie Burton gained an MA in Creative Arts: Reading and Writing Poetry in 2003, and has been published in several magazines including Mslexia, Smith’s Knoll and The North, and had work anthologized by The Beehive Press and Cinnamon Press. She was shortlisted in the 2009 Poetry Business Pamphlet Competition, and has work selected for the Cheshire Literary Prize anthology. She runs the North East Wales Stanza which meets every month at Clwyd Theatr Cymru.

David Simcock arranges music, sings and conducts choirs. He also plays classical guitar.
He serenaded Linda at the very first garden party after she won the bid for him during the auction and describes singing to her as ‘utterly magical; the most romantic thing I have ever done…’
In 2005 he played and sang at the Manchester launch of Carol Ann Duffy’s “Rapture”’ and he features as a singer in the “Carol Ann Duffy and Friends” series of poetry readings currently being held at the Royal Exchange Theatre in Manchester.

Carole Isis is an American Singer/ Songwriter/ Guitarist/ recording artist whose voice has often been compared to Joan Baez. She has performed in the US, Europe, Israel, Bolivia, Siberia, Japan and the UK. Carole now lives in Manchester. Her CDs, Only Love and You Are The Diamond, are available here today.

Wyllie Longmore was born in Jamaica and has been resident in England since 1961. He trained as an actor and a teacher at the Rose Bruford College and both these disciplines have informed his working life. As an actor he has worked in rep as well as on radio and television. He is also an experienced director. His teaching experience ranges from youth and community groups to the drama department of Manchester University. He was Head of Acting at the Arden School of Theatre from 1991 – 2002 and Chair of the board of directors of Contact Theatre from1997 – 2007. He is currently a member of the Regional Council of Arts Council England Northwest and a member of the board of directors of the Royal Exchange Theatre.