This is a special event in celebration of Manchester being the European City of Science for 2016. We have commissioned poet David Morley to write a science-themed poem which he will read for the first time at the event.

Photographs from the event 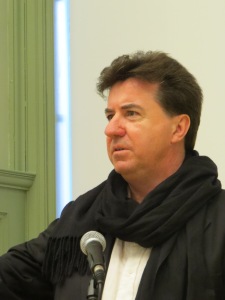 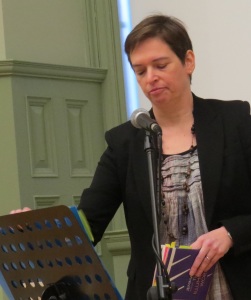 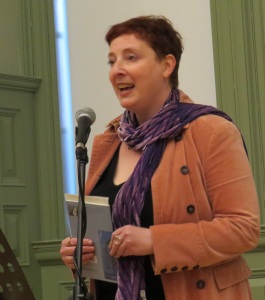 Jemma Borg has a doctorate in evolutionary genetics and has worked as a science editor, environmental campaigner and research manager. She received the New Writing Ventures Award for Poetry in 2007, a residency at the Leighton Artists’ Colony at the Banff Centre in Canada in 2009 and an Arts Council Award in 2014. Her first collection, The Illuminated World, was published by Eyewear in 2014. Recent publications include The Poetry Review, The Forward Book of Poetry 2016 and Fanfare, an anthology of women poets (Second Light, 2015). She lives in East Sussex with her husband and young son.

Tania Hershman is the author of a poetry chapbook, Nothing Here is Wild, Everything Is Open, 2nd prize winner in the Fool For Poetry contest, and two short story collections, and co-author of Writing Short Stories: A Writers’ & Artists’ Companion. Tania’s short stories and poetry have been widely published and broadcast on BBC Radio 3 and 4 She is curator of ShortStops (www.shortstops.info), celebrating short story activity across the UK & Ireland, a Royal Literary Fund fellow in the science faculties at Bristol University and studying for a PhD in Creative Writing inspired by particle physics. www.taniahershman.com

MICHAEL BRAILEY is a vocalist, producer and composer from Exeter, Devon, currently studying at the Royal Northern College of Music, Manchester. His vast output of both acoustic and electronic music has been recognised by the National Youth Orchestra of Great Britain, awarding him the pace of Principal Composer in 2014, by Seattle-based independent record label Hush Hush Records (with the 2014 EP release ‘Pericardial’), and by the London-based record label Nonclassical as a DJ and remixer. His signature sound mixes muffled, intimate piano lines with distorted, panoramic synths, whilst delicate and fragile falsetto lyrics glisten on top and smouldering low-end – kicks, groans and cataclysms – move beneath.