Free event at the Whitworth Art Gallery. All welcome. 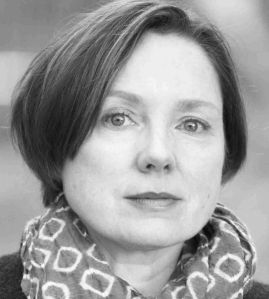 Lavinia Greenlaw was born in London, where she has lived for most of her life. Her teenage years were spent in a village in Essex. She has published five collections of poetry with Faber & Faber including Minsk (2003), which was shortlisted for the T.S. Eliot, Forward and Whitbread Poetry Prizes, and The Casual Perfect (2011). A Double Sorrow: Troilus and Criseyde  (2014) was shortlisted for the Costa Poetry Award. Her next collection, The Built Moment, will appear in spring 2019.

Her first novel, Mary George of Allnorthover, was published in 2001 and won the Prix du Premier Roman Etranger. A second novel, An Irresponsible Age, appeared in 2006, followed by two non-fiction works: The Importance of Music to Girls (2007) and Questions of Travel: William Morris in Iceland (2011). She has published and broadcast short stories, including We Are Watching Something Terrible Happening and The Darkest Place in England, both of which were shortlisted for the National Short Story Award. Her third novel, In the City of Love’s Sleep, was published in September 2018.

Daljit’s four poetry collections, all with Faber & Faber, have won the Forward Prize for Best Individual Poem and Best First Book, the South Bank Show Decibel Award and the Cholmondeley Award, and been shortlisted for the Costa Prize and twice for the TS Eliot Prize. Daljit is a PBS New Generation Poet whose poems have appeared in The New Yorker, the LRB and the TLS, and his journalism in the FT and The Guardian. The inaugural Poet-in-Residence for Radio 4 & 4 Extra, he presents the weekly Poetry Extra, and serves on the Council of the Royal Society of Literature, and teaches at Brunel University London.

BLIND MONK formed early 2012 playing arrangements of Thelonious Monk tunes without a pianist! After appearing at many festival/ club dates (Gateshead International Jazz Fest, Mostly Jazz Fest, Manchester Jazz Fest, Marsden Jazz Fest, Liverpool Jazz Fest, Manchester Literature Fest, Buxton International Fest …), they released their first original CD “Coulrophobia” and have been busy writing and touring ever since.  In 2018 they signed to new label Anti Social Jazz Records and record our third album “Dadderisms” at Manchester’s infamous 80 Hertz studios (GoGo Penguin, Mr Scruff, Mammal Hands …). Their latest material forges all our wide ranging influences – jazz, folk, beats, african, asian, classical, cinematic, rock, electronic into a unique sound firmly steeped in the legendary trios of yesteryear but simultaneously yielding a current UK jazz revivalist vibe. “Dadderisms” is a collection of personal stories of the bond between a father and child. Each track symbolises a quote or phrase a band member’s father would say to him, a ‘dadderism’. Often meaningless or nonsensical when heard by others, we can all relate to the one liners our fathers shared with us, whether it had a message or meaning, its a memory of our bond with our fathers.