Free event at the Whitworth Art Gallery on Saturday 21 September at 2.30-4.00. Everyone welcome. 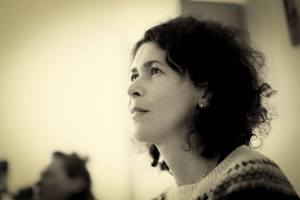 Sasha Dugdale has published four collections of poems with Carcanet, most recently Joy in 2017 which was a PBS Choice. The title poem won the Forward Prize for Best Single Poem in 2016. She is a Russian translator and is currently working on translations of the Russian poet Maria Stepanova to be published by Bloodaxe and Fitzcarraldo Editions in 2020. She is former editor of Modern Poetry in Translation and poet-in-residence at St John’s College, Cambridge (2018-2020). In 2017 she was awarded a Cholmondeley Prize for poetry. 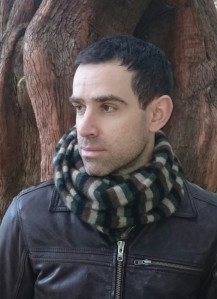 James Byrne is a poet, editor and translator. His most recent poetry collections are The Caprices (2019), Everything Broken Up Dances (Tupelo, 2015) and White Coins (Arc Publications, 2015). His other publications include Blood/Sugar (Arc, 2009), plus the pamphlets WITHDRAWALS (KFS, 2019), Soapboxes and Myths of the Savage Tribe (a co-authored text with Sandeep Parmar) both published in 2014.

Byrne received an MFA in Poetry from New York University, where he was given a Stein Fellowship (‘Extraordinary International Scholar’). He was the Poet in Residence at Clare Hall, University of Cambridge. He lives near Liverpool where he is a Senior Lecturer in Creative Writing at Edge Hill University.

He is the International Editor for Arc Publications and was editor of The Wolf, which he co-founded, from 2002-2017, publishing many international poets. In 2012, with ko ko thett, Byrne co-translated and co-edited Bones Will Crow, the first anthology of contemporary Burmese poetry to be published in English (Arc, 2012, Northern Illinois University Press, 2013) and, in 2019, he co-edited I am a Rohingya, the first anthology of Rohingya poetry in English. He is renowned for his commitment to international poetries and poetics. His poems have been translated into several languages including Arabic, Burmese and Chinese. His Selected Poems (Poemas Escogidos) is published in Spanish by Buenos Aires Poetry, translated by Katherine M. Hedeen and Víctor Rodríguez Núñez. Byrne has given poetry readings across the world, at festivals in countries such as Libya, Myanmar, Syria, across Europe and the United States.

Of Everything Broken Up Dances the American poet and translator Forrest Gander has written that reading Byrne’s poetry is ‘like gulping firewater shots of the world’:  The poet John Kinsella wrote: ‘James Byrne is a phenomenon and Blood/Sugar is astonishing…He is a complete original.’ 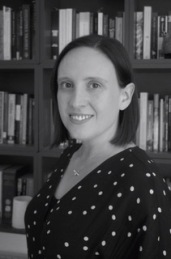 yn Bevis is an emerging poet and educator.  Born in 1975, she read English at St Hilda’s College, Oxford.  She founded The Writing School in Winchester and hosts a Poetry for Wellbeing project for service users of the mental health charity Mind, funded by Arts Council England.   Awards in 2019 include first prize in the Poets and Players competition, third prize in the Welshpool Poetry Festival competition, and runner up in the Out-Spoken Prize for Poetry. 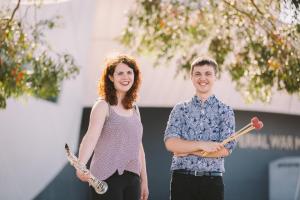 Alex Smith is a freelance percussionist and teacher based in Manchester. He studied at the Royal Northern College of Music, and graduated with a first class honours degree in 2018.

Originally from a background in Brass Bands, at the age of 18 Alex became the principle tuned percussionist of the prestigious Black Dyke Brass Band, with whom he toured to several European countries, and had a host of competition success, culminating in winning the European Brass Band Championships in 2015. Since then, Alex has worked freelance with many renowned orchestras, ensembles and conductors. Recent highlights include performances with Buxton Opera Festival, Backbeat Percussion Ensemble and German opera company ‘Szene 12’.

As a solo and chamber musician, Alex has performed across the world in various festivals and concert series’. Most notably is his tour with the RNCM Percussion Ensemble to China in which the ensemble was awarded First Prize in the Chamber Music category of the China National Percussion Festival, and Alex was awarded 5th place in the Solo Marimba category. As well as this, he has toured to Portugal with saxophone and percussion duo “Melia Duo” after they were invited to give recitals as part of the European Saxophone Congress.

Alex regularly performs Solo Marimba and Percussion recitals across the north of England, with repertoire ranging from baroque arrangements to newly commissioned and self composed works.

Hannah Fry is a versatile multi-instrumentalist based in London. Receiving regular tuition from Rob Buckland, Carl Raven, and Chris Swann, Hannah graduated from the Royal Northern College of Music with a First-Class Honours Degree in Saxophone Performance in 2016. Whilst studying, she also received tutelage from Vincent David, Tim Garland, and John Harle, as well as performing under the direction of a number of renowned musicians including Pete Long, and Sir Mark Elder at the BBC Proms.

Since completing her studies, Hannah has cultivated her passion for Musical Theatre. Joining the London Musical Theatre Orchestra in 2017, Hannah has had the opportunity to perform with the orchestra on a number of projects, making her West End debut with the group earlier this year and previously working with the orchestra for the performance and live cast recording of Howard Goodall’s Girlfriends. She also joined Patrick Kennedy’s Phenomenological Theatre Company for the European Premiere of Elephant Steps at the Arcola Theatre, and regularly records saxophone and woodwind tracks for the YouTube Channel Emergency Covers.

Hannah is also an award-winning chamber musician, performing across the UK and Europe with a number of ensembles. She performed at both the World Saxophone Congress, Strasbourg, and ClarinetFest, Madrid, in 2015 with the RNCM Saxophone Ensemble and the Ebonites respectively; covered the soprano chair in the Abelia Saxophone Quartet for a UK tour in 2016, culminating in the premier of four new works as the featured ensemble of the RNCM Gold Medal Competition; and is one half of the Melia Duo, with whom she regularly performs throughout the UK. Hannah is also a founding member of the Ignition Orchestra, with whom she has had the pleasure of performing at venues such as the Barbican and the Eventim Apollo with the stars of the UK Garage Scene, including Masters of Ceremonies, Miss Dynamite, and Mike Skinner. In March Hannah recorded an album with the group, which will be released under Sony’s Since ’93 label after its launch at the Royal Albert Hall later in the year.