Free event at the Whitworth Art Gallery on Saturday 22 February at 2.30-4.00. Everyone welcome. All areas of the Gallery are accessible and there are several parking bays on Denmark Road for disabled visitors.

J. O. Morgan is the author of six books, each a single, book-length poem. His works have been shortlisted for both the Forward Prize and the T.S.Eliot Prize, with his most recent book Assurances (2018) also winning the Costa Award for Poetry. His forthcoming work, The Martian’s Regress (due March 2020) is underpinned by aspects of ecology and migration, as well as the long-term future of the human race.

Maria Stepanova is a poet, essayist, journalist and the author of ten poetry collections and two books of essays. She has been awarded several Russian and international literary awards (including the prestigious Andrey Bely Prize and Joseph Brodsky Fellowship). Her book In Memory of Memory is a book-length study in the field of cultural history. It won Russia’s Big Book Award in 2018 and will be published in English by New Directions in the US and Fitzcarraldo in the UK in 2020. Her collection of poems War of the Beasts and the Animals will be published in English by Bloodaxe in 2020. 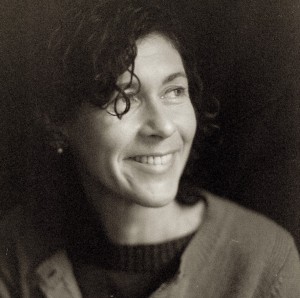 Sasha Dugdale has published four collections of poems with Carcanet, most recently Joy in 2017 which was a PBS Choice. The title poem won the Forward Prize for Best Single Poem in 2016. She is a Russian translator and is currently working on translations of the Russian poet Maria Stepanova to be published by Bloodaxe and Fitzcarraldo Editions in 2020. She is former editor of Modern Poetry in Translation and poet-in-residence at St John’s College, Cambridge (2018-2020).

Due to unforeseen circumstances Phil France has had to cancel but we have an excellent replacement:

Caoilfhionn (pronounced Keelin) Rose is a singer, songwriter and producer from Manchester. Emerging from a diverse music scene, she ties together remnants of Manchester’s musical past with its evolving present. She has collaborated with musicians from around the world and is perhaps best known for her work with Vini Reilly of Durutti Column: Collaborating on four songs on The Durutti Column – Chronicle LX:XL album.

Her debut album Awaken was released in October 2018 on Gondwana Records. A deeply collaborative recording, co-produced by Matthew Halsall, Caoilfhionn and members of the band it is a rich tapestry that draws on folk, psychedelia and subtle electronica influences to produce something expansive, fragile and experimental.