We are happy to be returning to the Whitworth Art Gallery on Saturday 12 February (2.30-4.00) after such a long absence and hope you will be able to join us for a wonderful line-up of poets and musicians. You will find all the information you need regarding visiting the Gallery on the Whitworth’s website here. The event is free and everyone is welcome. Read all about the poets and musicians below:

Jo Bell is a former archaeologist and poet whose work touches on the momentary and the grand; from small incidents of canal boat life, to the endless proofs that “History never repeats itself; but it often rhymes”. Nominated for the Ted Hughes Award, a winner of prizes including the Charles Causley Prize and much feted for her global poetry workshops, Jo’s latest collection is Kith (Nine Arches Press). 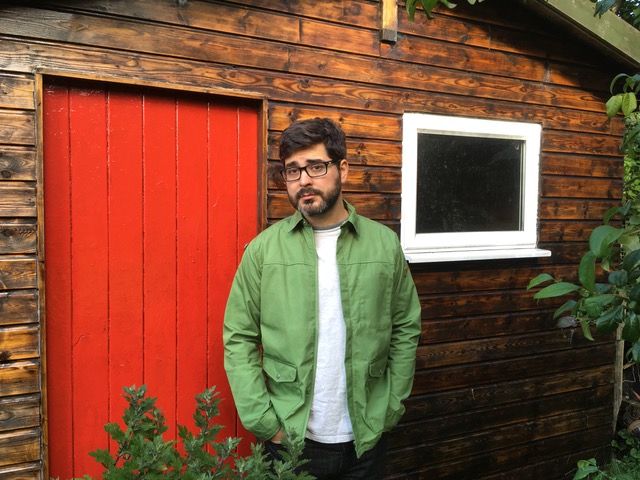 Canadian poet Evan Jones has lived in Manchester since 2005. His first collection, Nothing Fell Today But Rain (2003), was a finalist for the Governor-General’s Literary Award for Poetry. Carcanet published his two most recent books in 2020, Later Emperors (poetry), and The Barbarians Arrive Today: Poems and Prose of C.P. Cavafy (translation from Modern Greek).

Rob Miles is from Devon and lives in West Yorkshire. His poetry has appeared widely in magazines and anthologies. Rob has won or been runner up in various international journal and festival competitions. Some of Rob’s first places include the Philip Larkin Prize, judged by Don Paterson, and the Gingko/Resurgence Ecopoetry Prize, judged by Jo Shapcott and Imtiaz Dharker.

Conference of the Birds

Based on the Sufi poem of the same name, a flock of four magnificent birds will embark on a visual and musical journey across the globe. Using skilled puppetry and four-part harmony,the birds sing their story whilst making their way through the landscape to find their fate.

Conference of the Birds is a brand new outdoor theatre and music performance by Frolicked Outdoor Theatre, developed in partnership with Spot On Lancashire, Fylde Borough Council and Friends of Fairhaven Lake.

Conference of the Birds brings together critically acclaimed puppeteer and maker Beka Haigh with original music from Chris Davies.

Told with quirky humour, skilled puppetry and talented voices Frolicked’s latest show is a celebration of individuality and finding your own voice in a sea of voices.

Chris Davies is a Musician, Composer, Performer, Buddhist, Hairdresser and Oudist with over thirty years experience working in the Arts, mainly with visual theatre and dance. His current projects are composing music and performing in a new adaptation of the 12th century Sufi poem ‘The Conference of Birds’ by Farid ud-Din Attar; he continues to perform live accompaniment for the first full length animated film ever made ‘The Adventures of Prince Achmed’, with a play called ‘Spring Reign’ about the situation in Aleppo, Syria; he is saxophonist/raver with Mr Wilson’s Second Liners who play early 90’s dance classics in the style of a New Orleans Brass Band, a few haircuts, transforming the mind through Buddhist study and practice, and sound technician for Poets and Players. For more information please look here ~ http://www.musichris.co.uk

Frolicked is an outdoor theatre company making unique and visually striking experiences, with beautifully self-crafted creatures and characters, for outdoor audiences and unusual locations. With a mischievous sense of humour and captivating people of all ages and nationalities, Frolicked’s performances are interactive, engaging, intimate and a little bit magical…

Frolicked is run by Beka Haigh, an Artist, Director and Performer based in the North of England. Much of her work can be described by the term ‘live illustration’ and her portfolio includes live drawing or graphic recording (also known as ‘scribing’ or visual minute taking), 3D illustration, installation, and live performance. Her work often combines interactive performance, game design, illustration and technology in surprising ways.